At around 2 p.m. seven settlers attacked a farm on the outskirts of Qusra. The farm belongs to Abu Nasser and his wife Nedda who are both in their sixties.

Nadda confronted the settlers after seeing them on their property cutting olive trees, warning them off with a solid wooden walking stick and a firm voice. At around 4 p.m. twelve settlers returned accompanied by around 12 jeeps and 60 Israeli Occupation Soldiers. 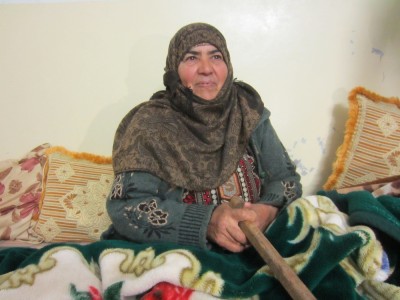 A small group from the local village confronted the settlers and soldiers to defend the farm and a conflict erupted. Consecutive rounds of tear gas were then shot onto the farm land and the settlers and the local youth (shabab) confronted each other.  During the skirmish two shabab were shot at close range with rubber bullets: one in the shin and the other in the upper thigh.  Both required hospital treatment, with the shabab who was shot in the upper thigh remaining in hospital for further treatment as the rubber coated bullet passed into the front of his thigh and out the side. One of the stones thrown by a shabab hit a settler in the head.  In addition to this the Israeli Army fired several rounds of live ammunition. The village Mayor rang. 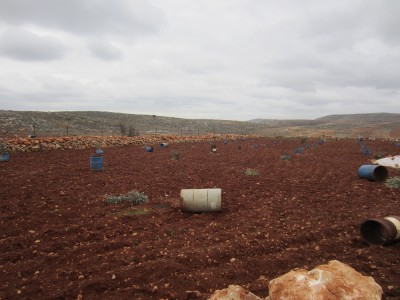 the DCO to report the incident and the DCO warned him that the settlers would return for ‘‘revenge’’. As four volunteers from the ISM, we arrived at the village around 7p.m.  and were welcomed to stay overnight at the small farm house of Abu Nasser and Nedda. The following day the settlers were seen gathering across the valley with Israeli soldiers.  We were driven to the hilltop across from them and made our presence known, shortly after which they left. During our time in the village we learnt of other attacks on the village that occurred as frequently as 3-4 times a week. We were shown several olive fields where the olive trees had either been broken or cut. The villages estimate that in the previous 3-4 days around 400 olive trees had been killed in their surroundings by settlers from the illegal settlements Esh Kodish and Kida.During a similar settler attack on the village on the 23/09/2011, the local

villages went to stop settlers from cutting the trees and the Israeli Army arrived and shot dead a 32-years old father of 5, Islam Badram.