You Are Here: Home » Attacks » After beating him to death, Israeli Soldiers threw him to the Savage Settlers for Fun!!!!

After beating him to death, Israeli Soldiers threw him to the Savage Settlers for Fun!!!!

Israeli Occupation Forces captured Ammar Samer ; a Palestinian young Man, after beating him severely while he was in the area that was attacked by the Jewish Settlers in Qusra; a Palestinian Village.

Israeli Forces with the help of Savage Settlers, beat Ammar until he lost his conscious, striped him from his Chumagh; a headscarf represent the Palestinian Flag, Israeli Soldier rapped the Chumagh on his foot and hit Ammar on his head.

Ammar was dragged from his leg for more than 10 Meters while he was unconscious And dropped into the Military box .

After this brutal treatment, Ammar was released after a few hours; he was transferred to Rifidia Hospital in Nablus City by the Palestinian Red Crescent. 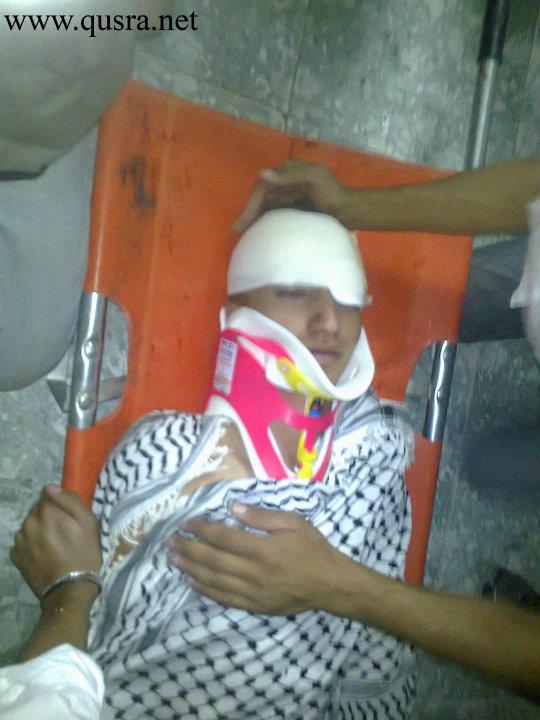